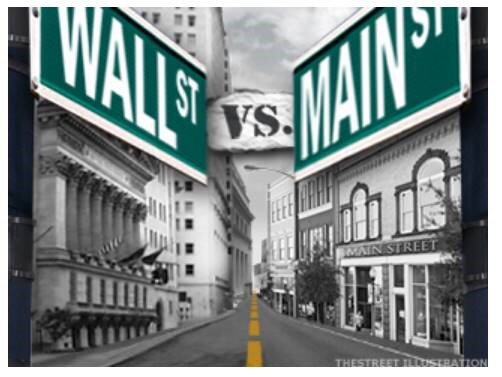 There has been no shortage of news lately. We have all been at home in varying intensities of lock-down since the novel Coronavirus began its path across the US, while we have also seen the ramp up to the presidential election and protests across the country.

Some have been touched and harmed by the virus in a very direct way, whether that means job loss or friends and family contracting the virus, while others may only experience it in terms of the change in the way we live – no dining out, no traveling, no time at the gym.

However each of us may have been impacted by COVID-19, the economy has been damaged by the virus. Over these months, we have been doing our best to divine what exactly the news and the numbers say about the path through this ordeal, and what we should expect going forward.

First, the tough news. The lock-downs have had a grim impact on the pre-virus employment figures. The US economy had been in a period of sustained growth for an unprecedented 12 years since the financial crisis of 2008. Main Street and small businesses were bustling in 2019.  June 2019 unemployment was 3.7%, but as of June 2020 unemployment had soared to 11.1%.  Small business have suffered the most, with larger companies able to at least partially weather the storm due to technology innovations.

The Tale of Two (or maybe Three) Markets

On the other hand, the markets have rebound quickly from the shock they took in late March when lock-downs dramatically curtailed consumer spending. From a low of 2191.86 on March 23, the market has rebounded to 3294.62 as of the close on August 3, close to the pre-virus high of 3386.15 of February 19.

The key themes that have emerged over the past few months:

1)      Technology, the white knight Without the technology available today, the global economy would likely be in much worse shape. We are leaning heavily on the technology innovations over the past decade, allowing our economy to at least stay partially open. Technology stock performance reflects our reliance on these products and services. The Technology Select Sector ETF (XLK) has vastly outperformed all other sectors, up 23.34% compared to the S&P 500 Index up just over 2.27% year-to-date (see chart below.)

2)      Financial companies, still in the doldrums On the other hand, most financial stocks continue to vastly under-performed other sectors. We need our banking system to remain healthy if we are going to have a healthy economy.  While the banks are in much better shape than they were during the Financial Crisis due to higher capital adequacy ratios, it’s tough for them to make much money given such low interest rates.  This impact is reflected in the performance of the Financial Select Sector ETF, down -22.25% year-to-date (see chart below.)

3)      Environmentally-focused companies, another bright spot There is a dramatic shift taking place. Stocks with a focus on the “next economy,” such as wind and solar energy, recovered more quickly during the stock market downturn, and have powered higher than many conventional stocks.  For example, SolarEdge and Vesta Wind Systems are up 82.5% and 31.6% for the year, respectively.

4)      Healthcare has also benefited Many future-focused healthcare stocks have also fared well – for example, those focused on telehealth and vaccine development.

In short, the market has become split – technology (including environmentally focused technology) and healthcare companies…versus everyone else.

What We Are Watching

That said, the S&P 500 Index is finally near pre-COVID peak reached on February 19, and its recovery has been salutary for the overall outlook.  We are paying pay close attention to several themes, as well as the actions of both the government and the central bank to try to discern what the future may hold.

1)      First and foremost, we are watching interest rates. The Federal Reserve has taken action to ensure that interest rates will remain close to zero for the foreseeable future. The ability to borrow at very low rates serves as a tailwind to encourage swift recovery.  This should help manufacturers, builders, and lenders survive and grow because the cost of borrowing will remain low. This points to a positive outlook for much of Wall Street – but, not the banks.

2)      Congress has undertaken to provide a second stimulus. Between the enhanced unemployment insurance benefits under the CARES Act, which allotted an additional $600 per week for those who lost their jobs during the pandemic, as well as the one-time stimulus check that has helped blunt the impact of reduced consumer spending, we may have been spared the worst-case scenario. That said, additional stimulus from the legislature has been impeded by the exact form a second CARES Act might take while both parties press for particular items that align with their interests.

3)      The “greenback” has started to decline.  When assessing a currency, it is always “in comparison to” another currency.  For example, the US dollar versus the Euro. Or the US dollar versus the Japanese Yen.  To get a sense of how the US dollar is faring compared to all other currencies, we can look at a basket of currencies versus the dollar.  As you can see from the chart below, the dollar peaked in early this year, and is now declining rather precipitously.  We expect the dollar to weaken further – primarily because other countries have done better at managing the Covid-19 response, and as a result, having more success re-opening their economy.

4)      International (non-US) equities may outperform US equities for the first time in over a decade. Many countries around the world have had a much more effective response to the virus, and are already successfully re-opening their economies.  The ability to re-open and effectively re-start the economy will obviously have a positive impact on their stock markets.  Additionally, many of these currencies are going up against the US dollar. The majority of international Exchange Traded Funds (ETFs) are priced in a country’s local currency. This means that even if European equities tread water, but its currency goes up relative to the US dollar, their stock markets are likely to perform better than the U.S. just due to the currency impact.

With this in mind, over the short-term (the next 3-6 months), the galloping recovery we have seen in the markets since the sharp drop in February and March may be somewhat premature given the headwinds that Main Street and small business might face.

Fortunately, the development of a Coronavirus vaccine seems to be bearing fruit. A successful trial and widespread deployment of a vaccine would certainly buoy the economy, resulting in more certainty, coupled with more hiring and consumer confidence.  And once the upcoming election is behind us, there should be more certainty regarding policy.

We may be living in unusual times where the structure of our days has been changed dramatically, but the markets will continue to be driven by the needs of the economy. We believe that the themes outlined above will continue for quite some time, and that it is important to discuss with your advisor if you are invested in the “right” sectors and industries.

In closing, it’s worth remembering that the markets are forward looking – much of this rally has been a result of the “market’s view” that the impact from the pandemic would be short-lived.  Only time will tell.  While we expect some bumps in the road over the next few months, our hope is that 2021 will bring a return to normal economic activity and increased confidence and stability to the markets.  However, if inflation begins to rear its ugly head due to printing too much money, 2021 may result in some additional tough sledding.

This post was written by Roberta Keller and Robert Gambill.